WhatsApp Update: Now nobody can add you to ‘annoying’ groups

Home Blog WhatsApp Update: Now nobody can add you to ‘annoying’ groups 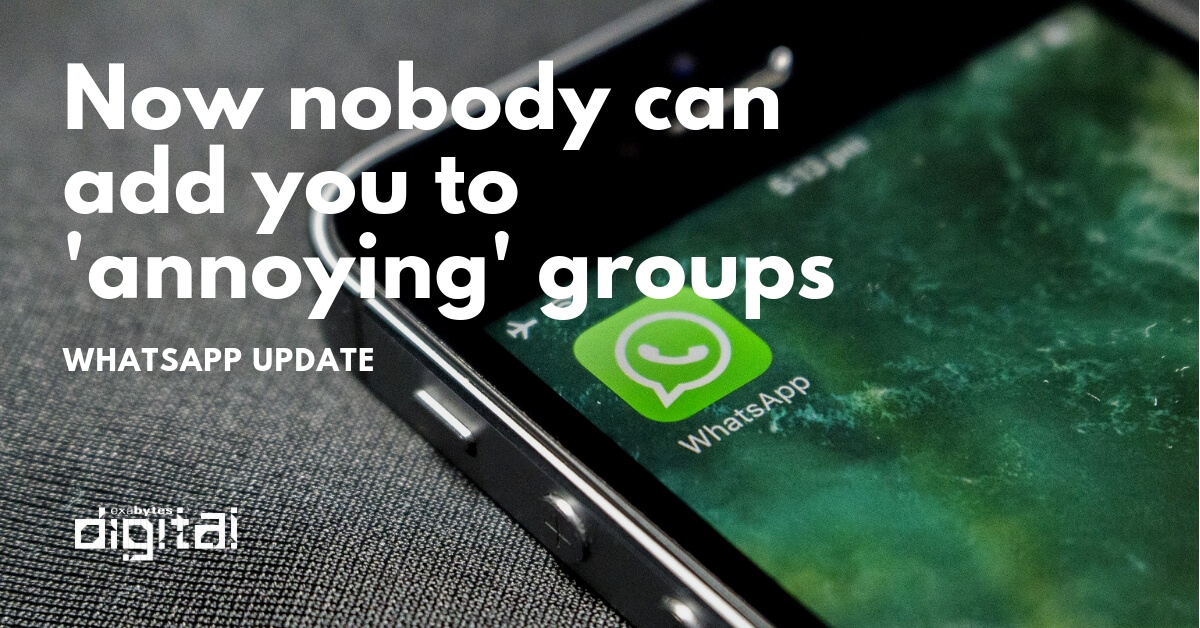 From time to time, WhatsApp introduces new features to offer its users better usability in the messaging app. This time around, WhatsApp announced a major update to its privacy settings ahead of the election in India.

With this new privacy update, you get to decide who can add you to the WhatsApp chat group. No more worries about being added to any unknown group, especially by spammers without your consent.

This update is important to fight the spread of fake news, especially during elections, the period in which users are added to various WhatsApp groups (with the intention to spread propaganda to influence the support toward one party) without their consent.

The newly introduced privacy feature lets users choose who can add them to a group.

Users can be added to any group. No invites will be received by users from the group admin.

Users can be added to groups by his/her contacts. However, users will still receive an invite to join the group before being added by people who are not in their contacts list.

Users cannot be directly added to any groups. He/she will receive a request every time someone wants to add him/her to a group.

Invites to join a group would remain active for not more than 72 hours, after which the user won’t be able to join the group and will have to wait for a new invitation (or use a group invite link). Additionally, the user won’t receive two invitations from the same group at the same time.

“With these new features, users will have more control over the group messages they receive. These new privacy settings will begin rolling out to some users starting today and will be available worldwide in the coming weeks to those using the latest version of the messaging app.” — WhatsApp.

In short, this is a fantastic update for all Malaysian WhatsApp users, including many businesses that rely on the platform to provide better customer service.

Now you can say goodbye to ‘annoying’ WhatsApp groups!