Home Blog Facebook F8 Conference: What You Need To Know 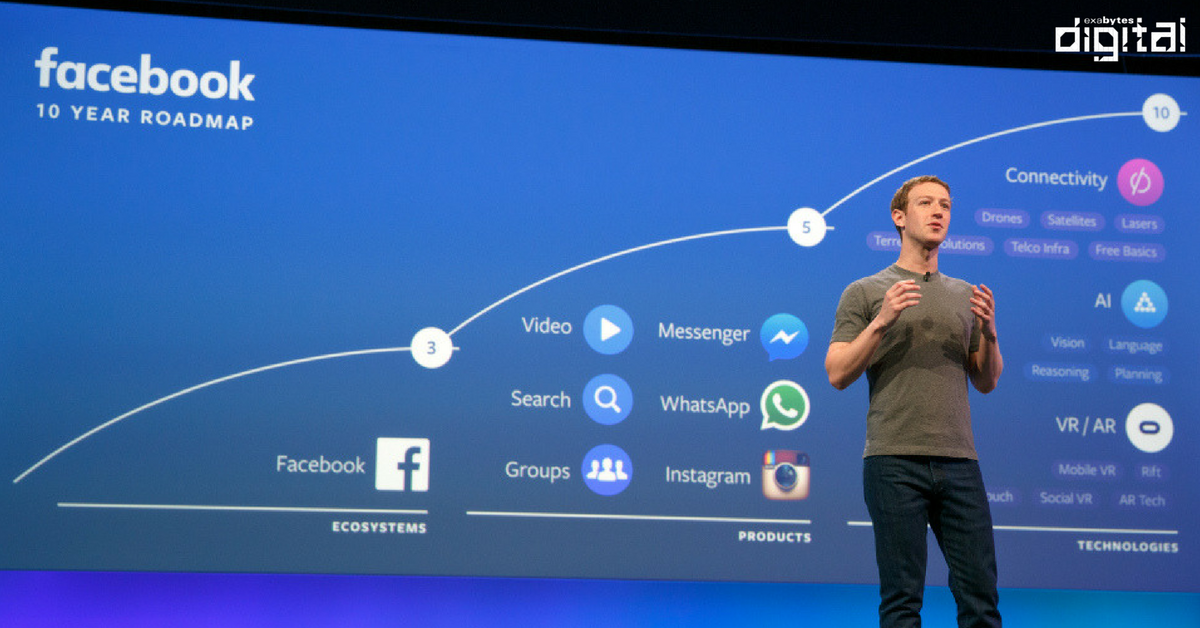 As usual, everyone is anticipating the announcements and new updates from Mark Zuckerberg on some of the most popular apps in the world, such as Facebook, Instagram, Messenger and WhatsApp.

This year, one of the most anticipated highlights is no doubt the new dating app feature in the upcoming Facebook App. Could this mark the end of Tinder? Let’s wait and see the response when it’s fully launched.

Below are a summary of the latest upcoming updates and news, presented by Mark Zuckerberg, the CEO of Facebook. 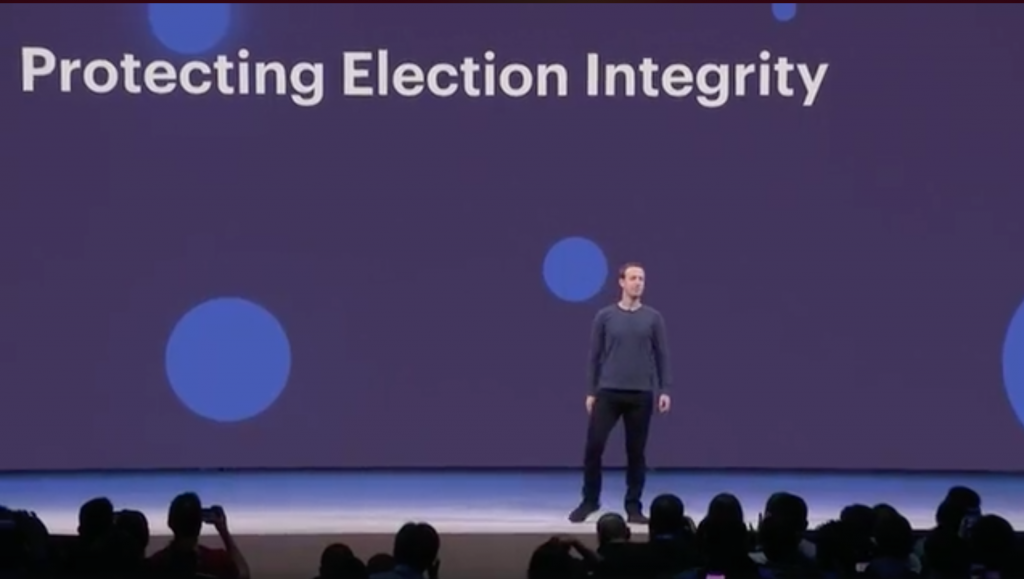 Mark admitted he and his team are late in identifying the political attacks that exploited their platform. He regretted the lateness in blocking the Russian fake accounts. But with the new policy in place, Facebook will make sure all users abide by the rules.

Not to forget he already increased the number of content reviewers at Facebook to filter all the sensitive posts in Facebook. The team will also be monitoring major elections around the world, such as in the US, India, Pakistan and Brazil in an effort to protect election integrity. 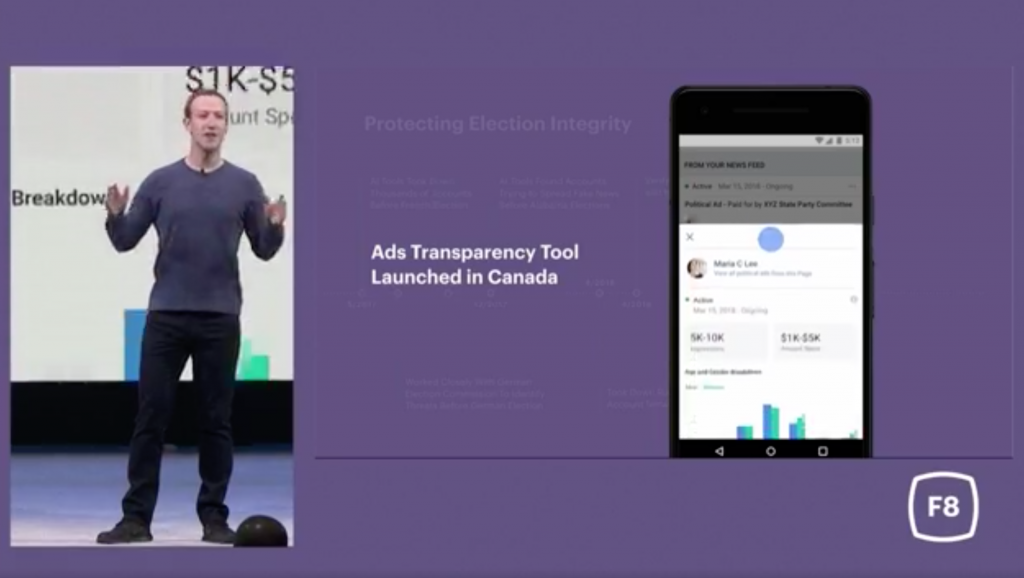 While this feature has still not been launched in Malaysia, Facebook users in Canada are now able to view the ad spent political campaigns.

With higher standard of transparency, we can now see the estimated impression, cost, targeted demographic information on the Facebook platform. 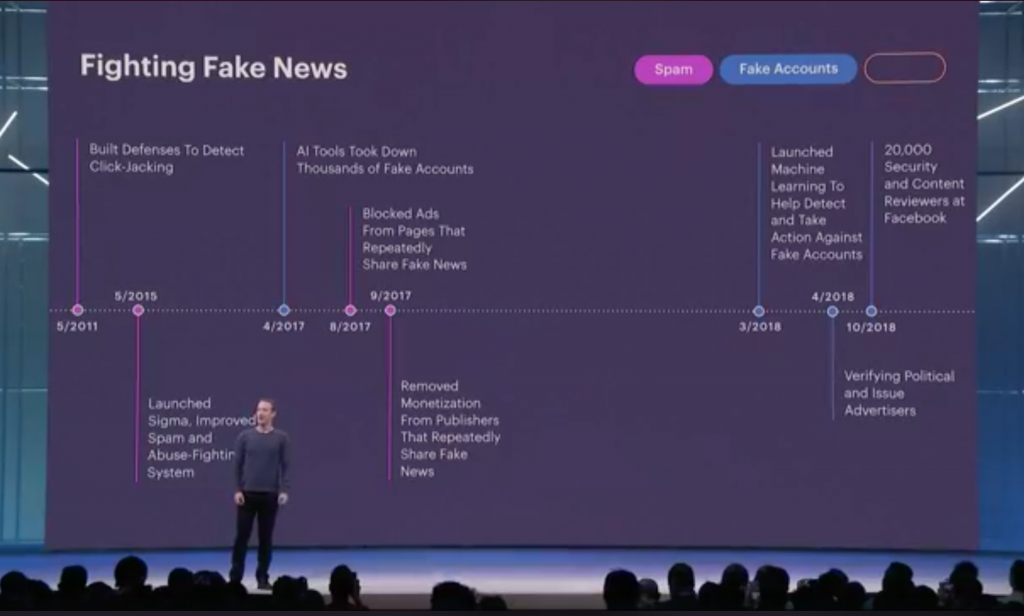 Throughout all the important updates of Facebook, it includes blocking spam, fake accounts and hoaxes. 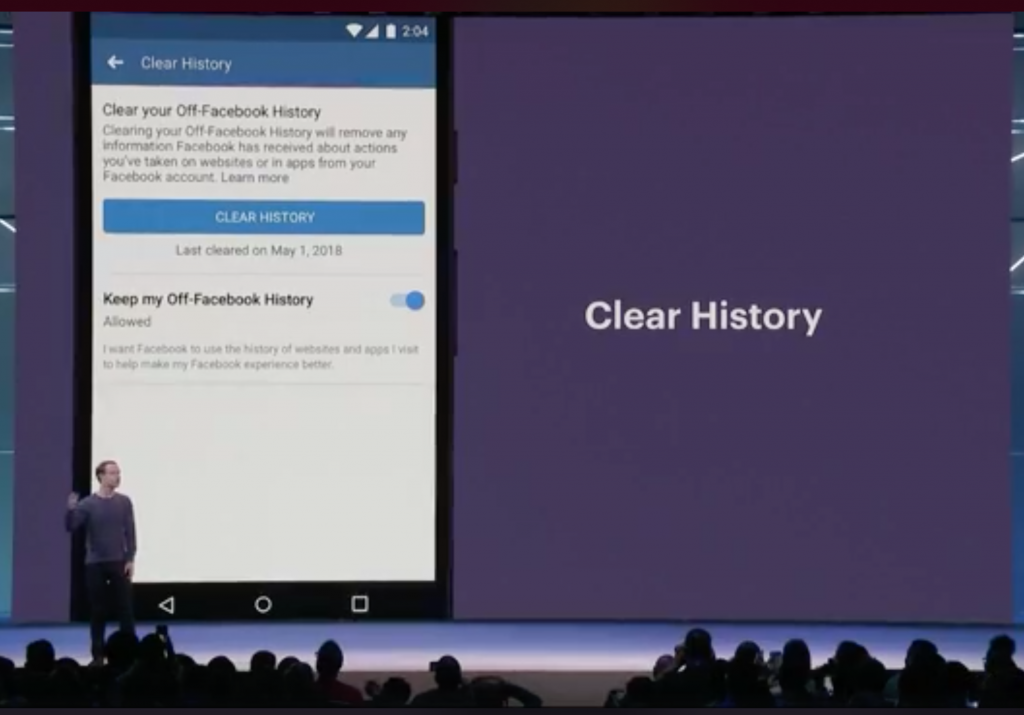 Yes, the upcoming Facebook app will have the ability the clear history like browser. Users will have the choice to wipe out the information stored on their smartphones.

Keep in mind that if you clear the cookies on the browser, you might need to retype your username and password to login. All configuration needs to be reset and this might cause some uneasiness among users. 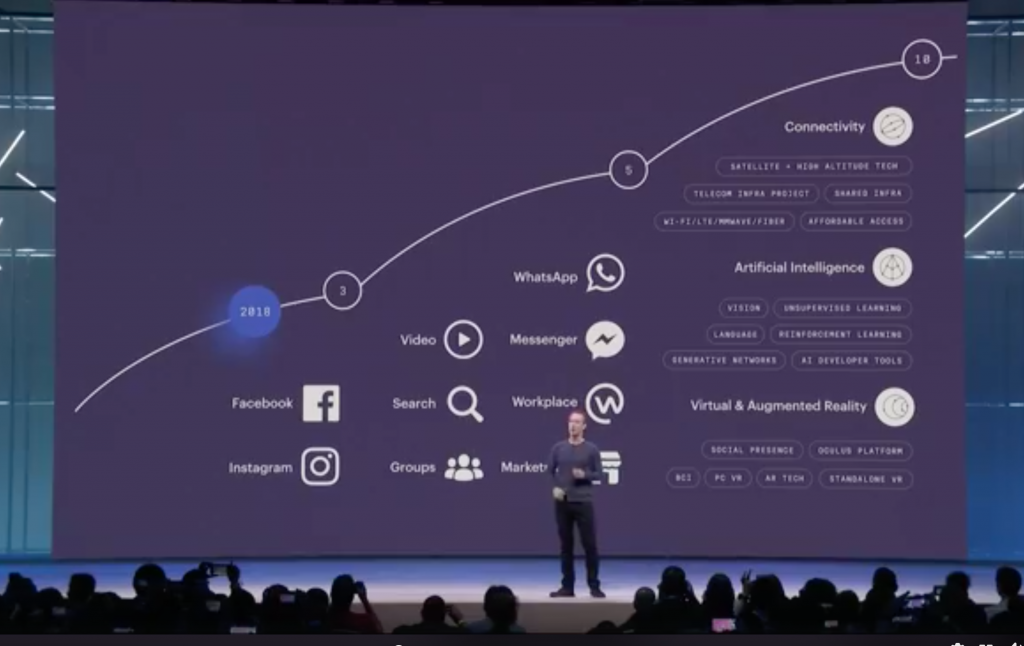 Apps that were either acquired (Instagram and WhatsApp) or newly built (Groups, Messenger, Workplace, Marketplace) will play an important role in achieving the three final goals for Facebook as a whole. 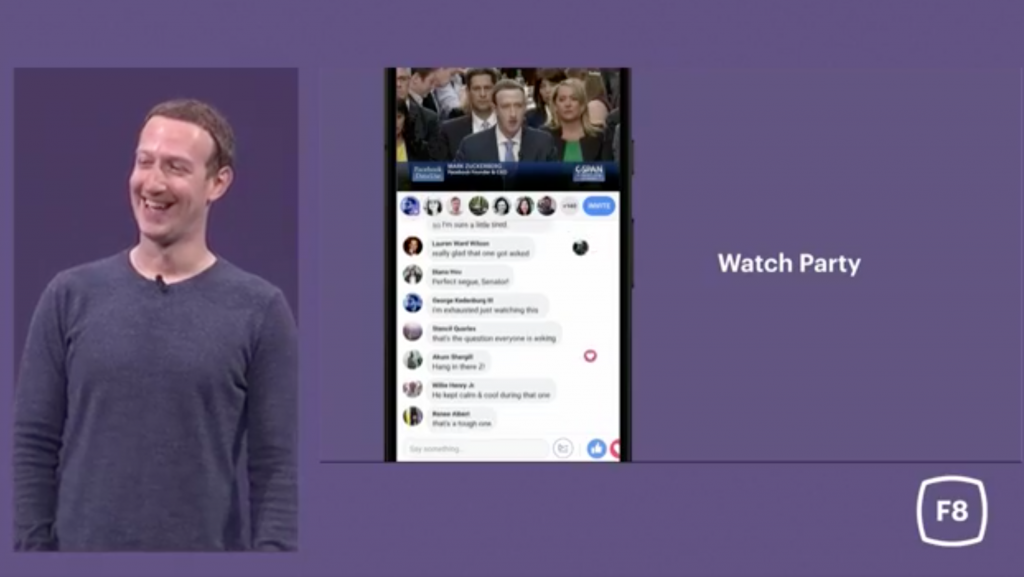 If you’re a Facebook user, you should know Facebook has been placing a strong focus on videos. This year, Facebook introduced ‘Watch Party’ where you can watch Facebook videos with your friends and family, another powerful feature to improve engagement. 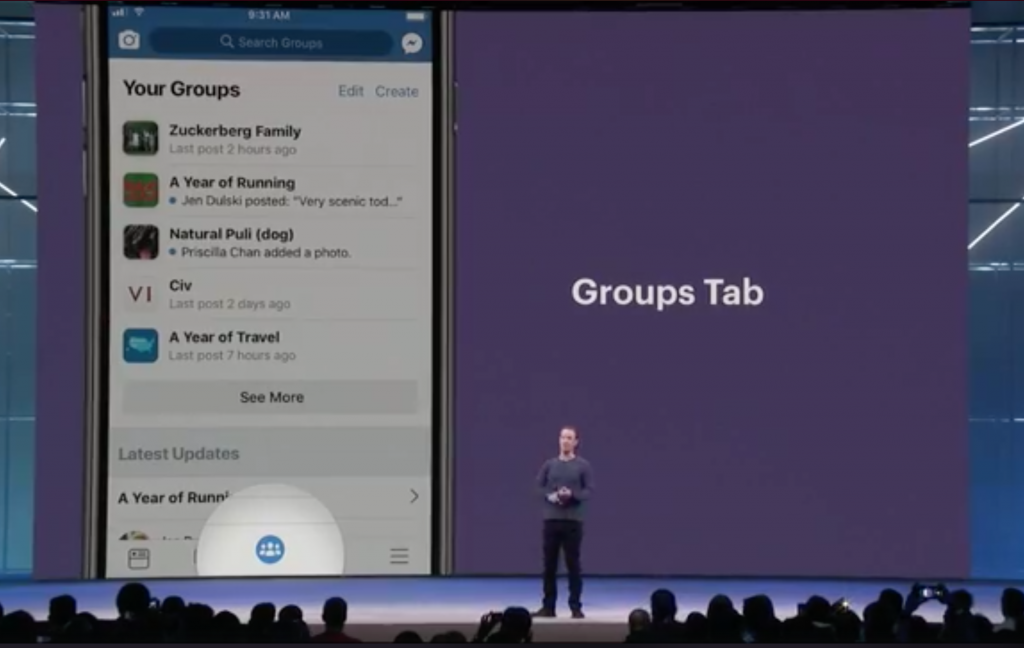 This year, Facebook continues to emphasize on Group feature. This update is already available for Android with the Group Tab icon located in the middle.

Instead of just purely focusing on Facebook page (which is almost dying now), Facebook group is the latest thing that target more on niche communities and engagement.

To further promote the use of Facebook group, Facebook had introduced the “Join Group” Button so that admins and developers can add it onto the website.

This feature simplifies the process of joining any Facebook group and is ready to be inserted via email. 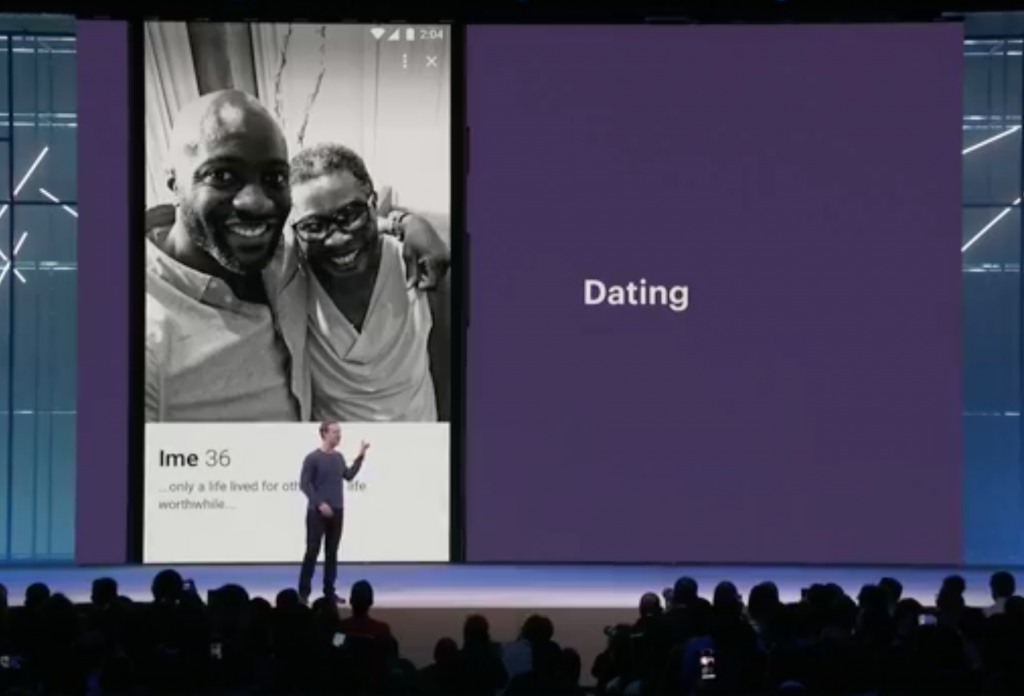 The dating function is one of the highlights of Mark’s keynote, which is coming to Facebook very soon. With this, users are able to choose which information they wish to share on the platform. Users can opt-in to use this feature to find their special someone on Facebook.

*Could this be a new wave to wipe out Tinder, one of the most popular dating apps in the world? Facebook’s Instagram story already won the war over Snapchat and it’s not surprising that Facebook can do it again. 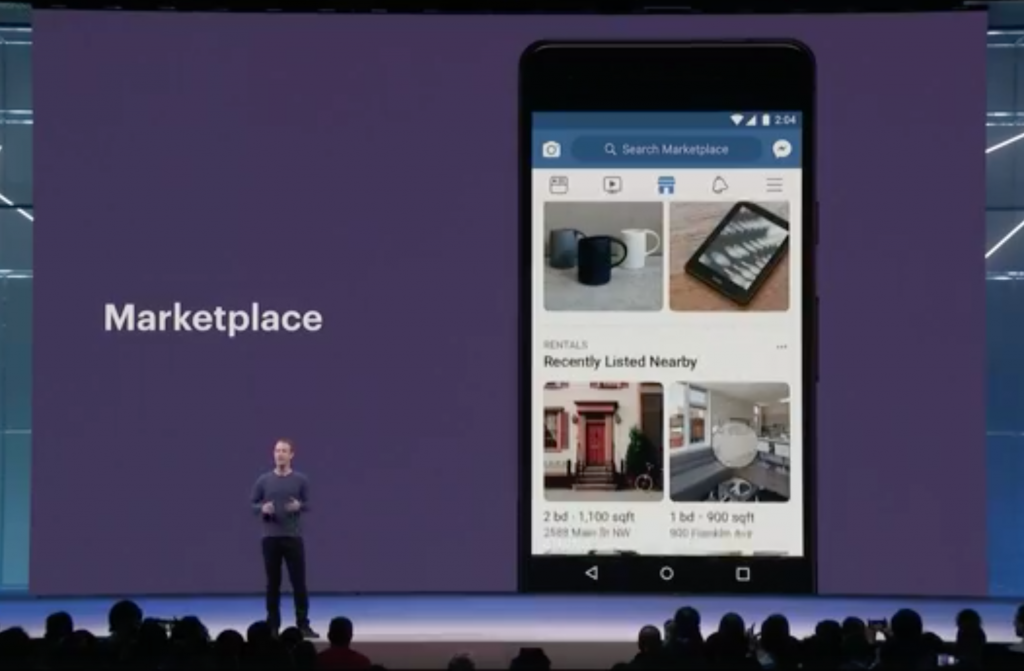 This feature is currently already available in Malaysia (gradually extending to all users very soon). If Facebook can add payment gateways within the app for marketplace, this can become a deal breaker to E-Commerce merchants.

For now, only “Asking About Availability” and “Shop Now” are not available. More information can be obtained from the official Facebook Marketplace website.

*Again, this can become a direct competition to Carousell (a marketplace app for person-to-person buying and selling) on which users are able to snap and sell items very easily. 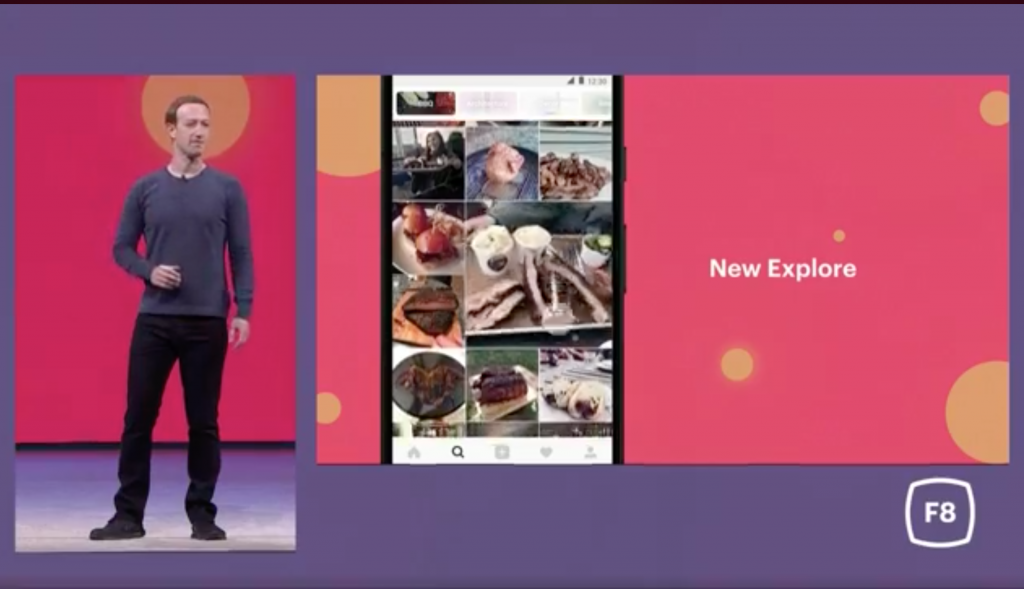 The new design for Explore tab in Instagram is going to organize the content around topic channels.

The machine learning algorithm will suggest posts that are highly relevant. 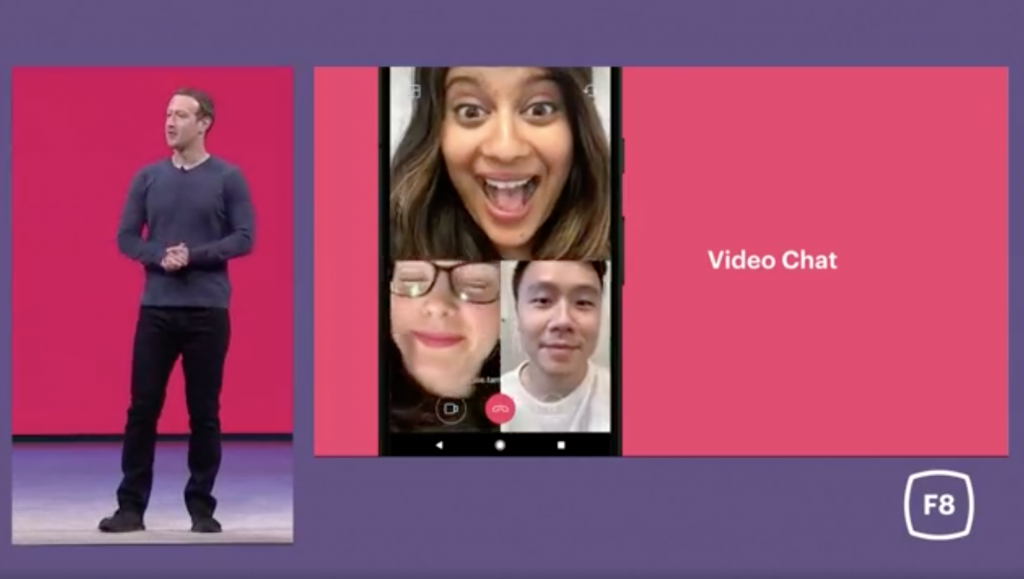 Hardcore Instagram fans definitely will love this group video chat feature within the app itself. It can be one to one video chat or group conversation. 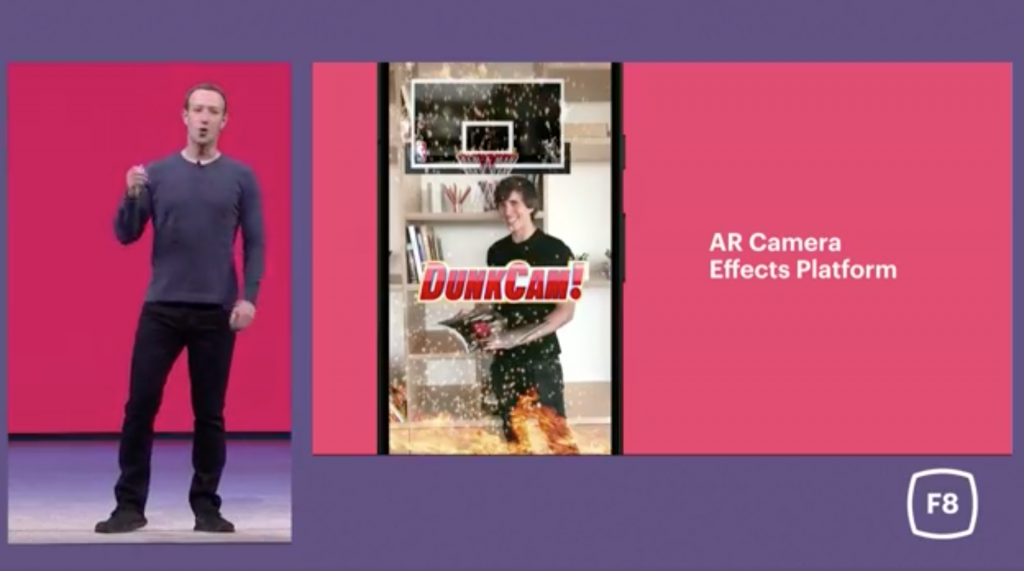 This update is a good opportunity for business owners to boost brand awareness. As we know, majority of Instagram users are youngsters who like to stay cool. Utilize this effect to your advantage for your brand, products or services. This update definitely provides a good strategy for social media planning.

Besides, the popularity of Instagram Stories is growing exponentially. Instead of spending extra budget to craft professional videos, creativity in using AR Camera effects, filters or stickers can make your normal short videos 10X better. 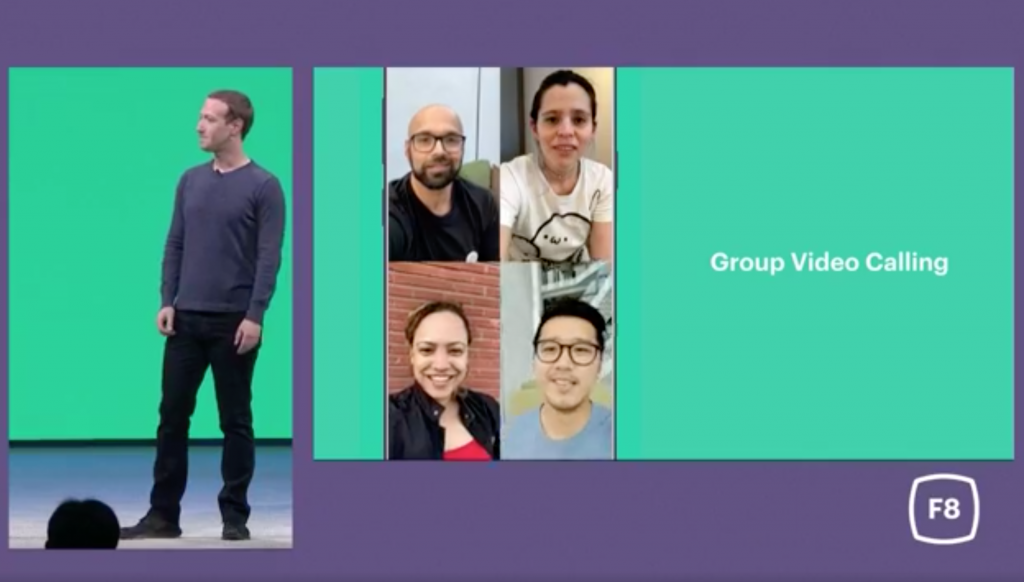 This is great for fast and easy conference meeting anytime anywhere. 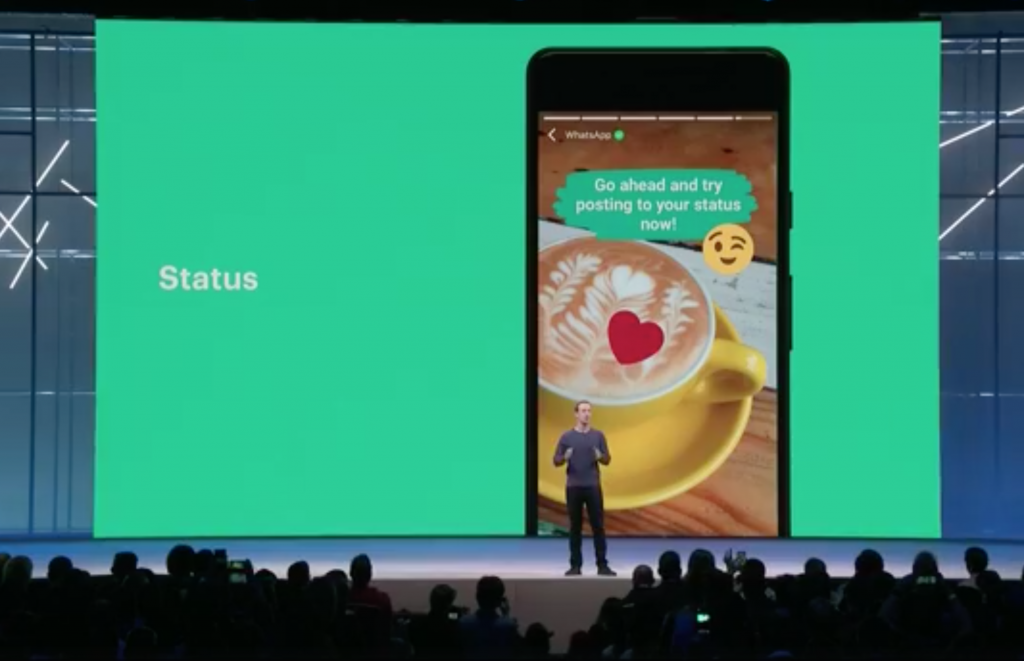 While Instagram Stories (sharing videos or photos updates then disappear after 24 hours) is the first to become available, followed by Facebook Stories, and finally WhatsApp Status, the 450 million users are getting used to this feature as well. 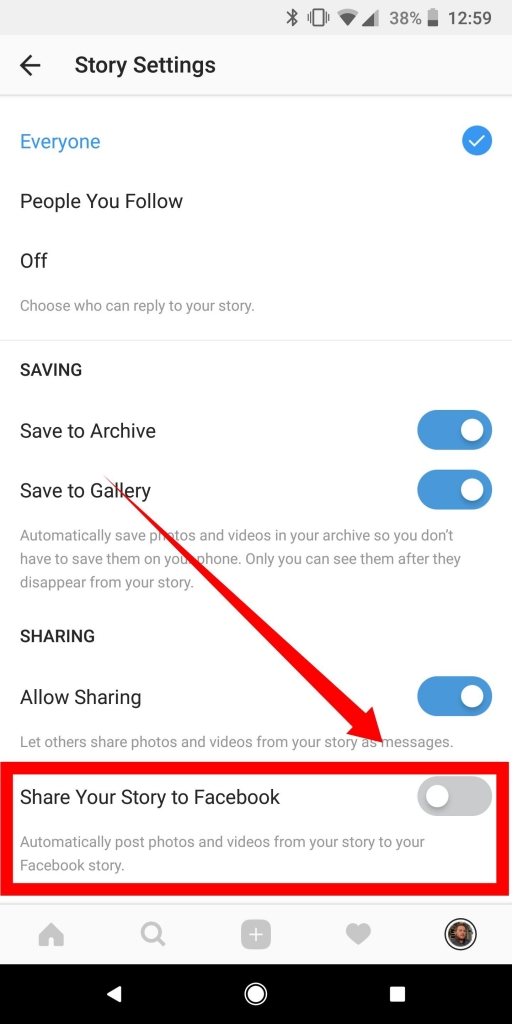 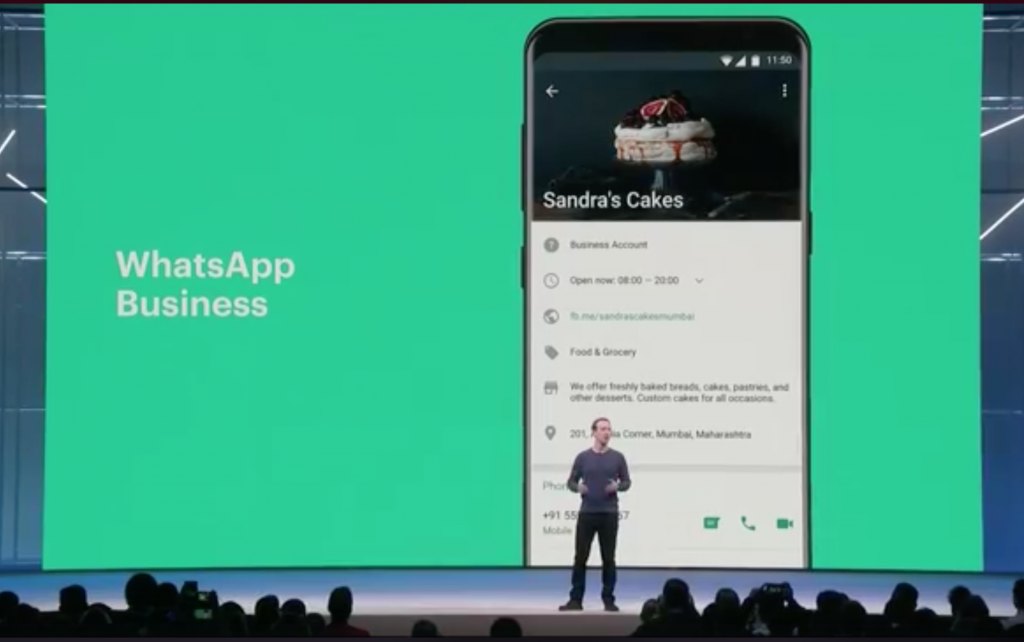 Now businesses can interact with customers easily using this new update to automate, sort, and quickly respond to messages. Explore for yourself here: https://www.whatsapp.com/business/ 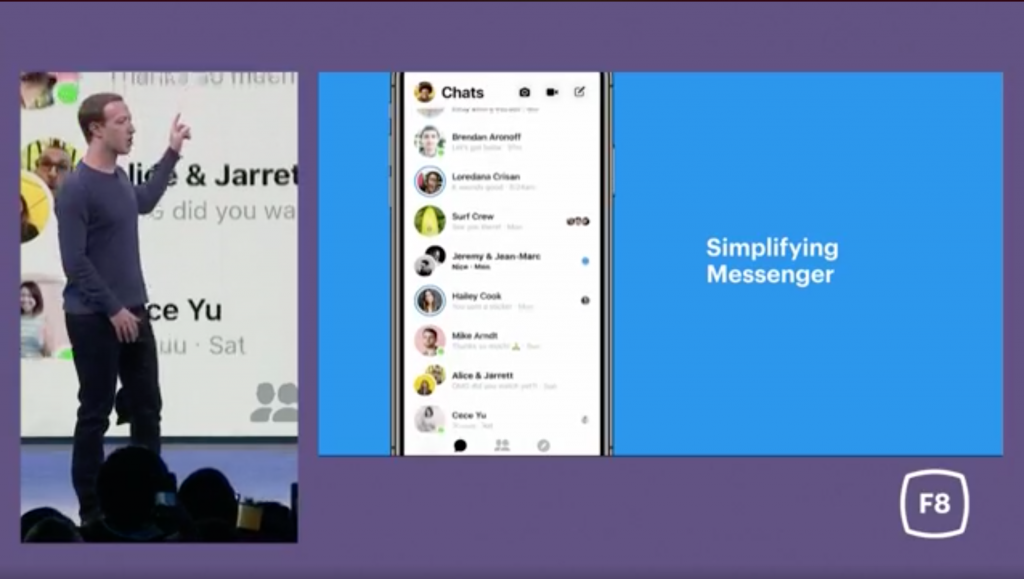 Simple and clear design is great when it comes to communication. Kudos to this update. 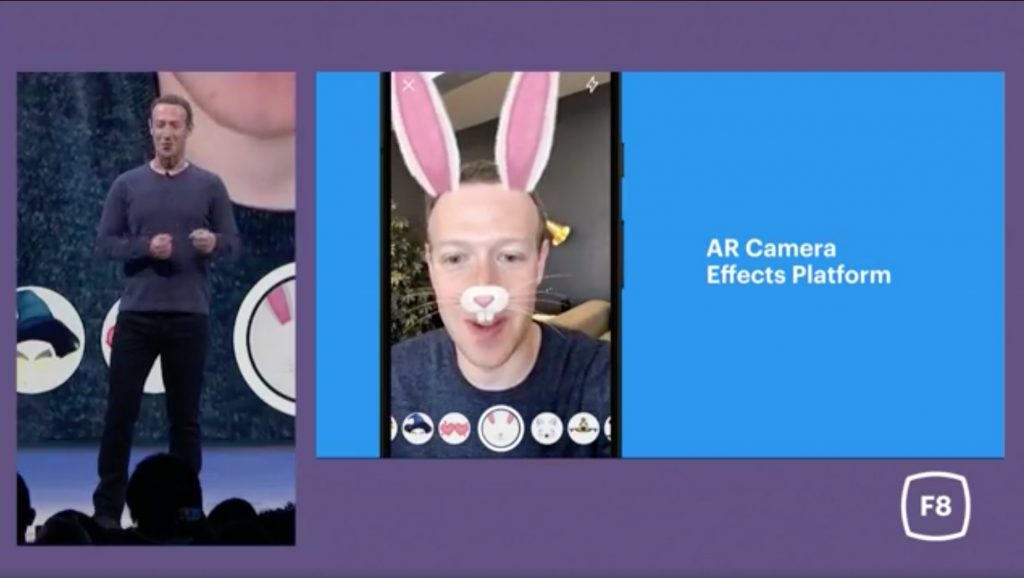 Have fun trying on the effect when having video calls with your friends and family. 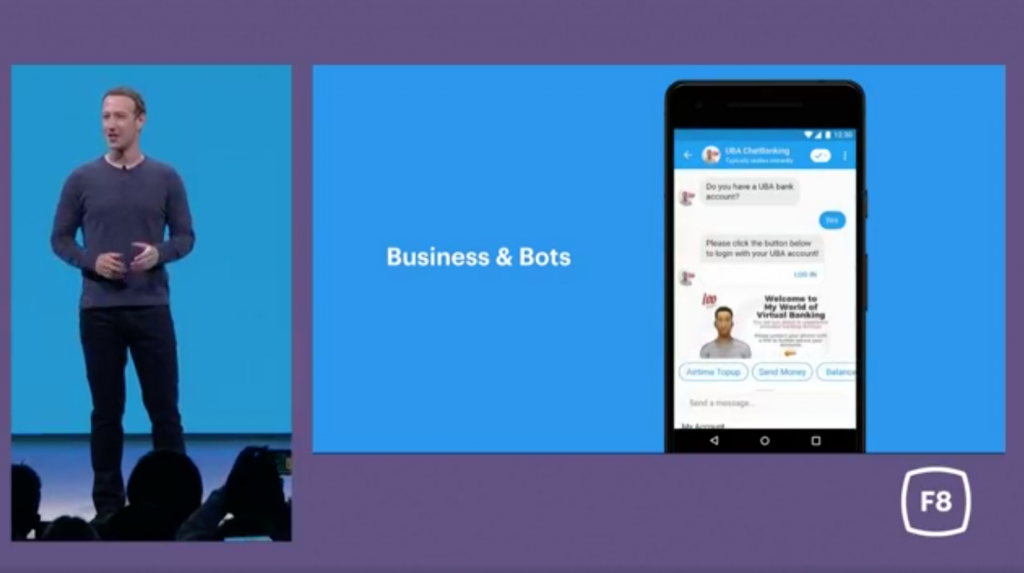 Finally, the Bots feature is back and multiple third-party messenger app is now integrated with Facebook messenger. Exabytes Digital also provides Chatbot services to its clients. 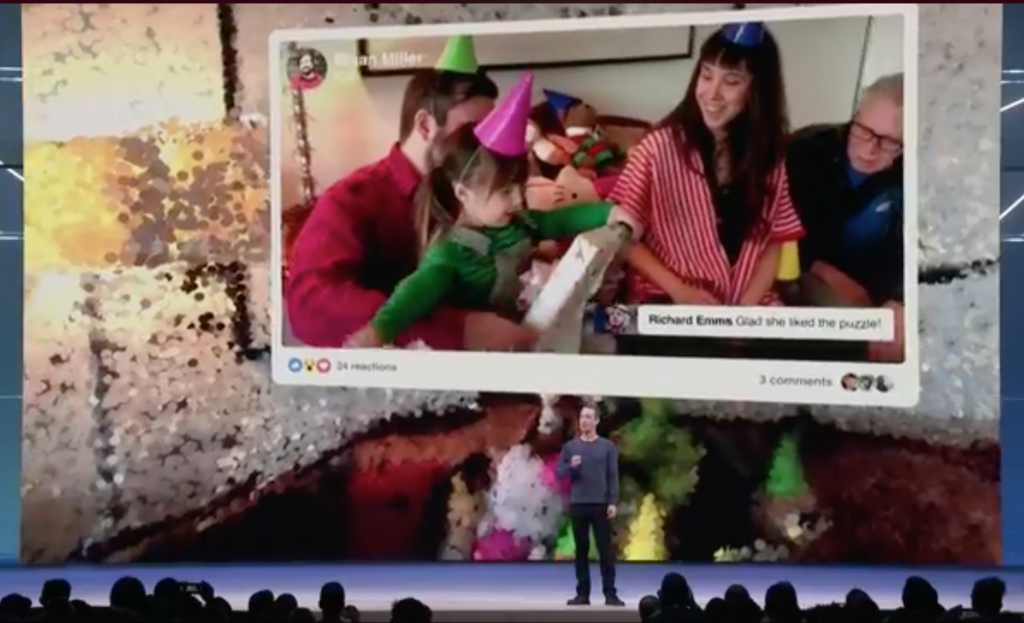 The latest VR update from Facebook — The company is developing the technology to enable users to watch photos and videos back then (for example, when they’re still kids), and experience that moment. This technology is in line with Facebook’s aim to create the real feeling of presence, like you’re right there with someone, regardless of time. Bravo!

The good news is all participants at Facebook F8 would be getting one for FREE! How I wish I were there too.

Despite the backlash over the Cambridge Analytics data scandal, Facebook still continues to push developers to build on its platform while maintaining strict control over the data privacy.

Could you tell us your favourite update? 🙂